Parma For A Farmer

There’s nothing more heart-warming than seeing a nation come together in support in times of crisis. It’s one of the many things that make us proud to be apart of this incredible country.

Time and time again, Australians have proven that, despite the growing issue of technology-induced disconnection, we haven’t completely lost our connection to generosity and kindness — especially in times of nation-wide hardship.

Drought isn’t exactly a new affliction for Australians — we’re definitely no stranger to the dry and humid weather. However this particular dry spell has experienced farmers worried and anxious about the future of their produce.

They may not be able to count on mother-nature to save the day, but one thing’s for sure; they have the support of an entire nation behind them. What started as a simple fundraising idea a week ago has now turned into a nation-wide campaign that hotels, pubs, clubs and restaurants are jumping to support. 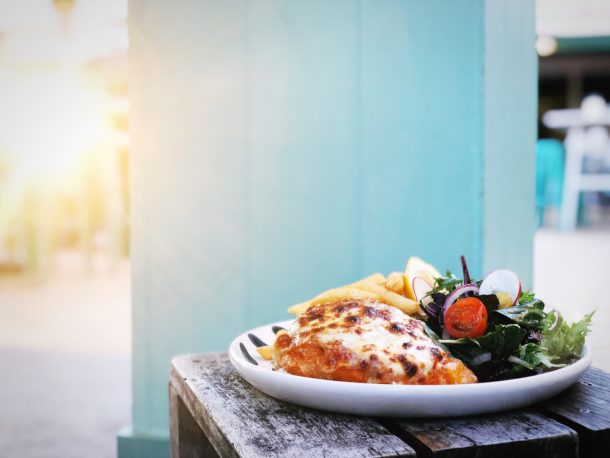 The concept is “Parma for a Farmer” which is as simple as it sounds — smash a chicken parmigiana and the money will go to the ‘Buy A Bale’ initiative to help support Aussie farmers during the drought crisis.

Watsons Bay is donating 100% of all parmies sold onFriday 10 August for Parma For A Farmer Day. Additionally, we are also providing ongoing support by donating $2 from every parma sold for the rest of August.

Help show your support and order a chicken-parma when you’re next in!